Crime Stoppers of Grey Bruce and the Grey Bruce OPP are seeking the public’s help in solving an act of mischief.

On July 13, 2022 police were made aware that a stunt driving sign on Highway 10 in the Municipality of Grey Highlands had been defaced with spray paint. 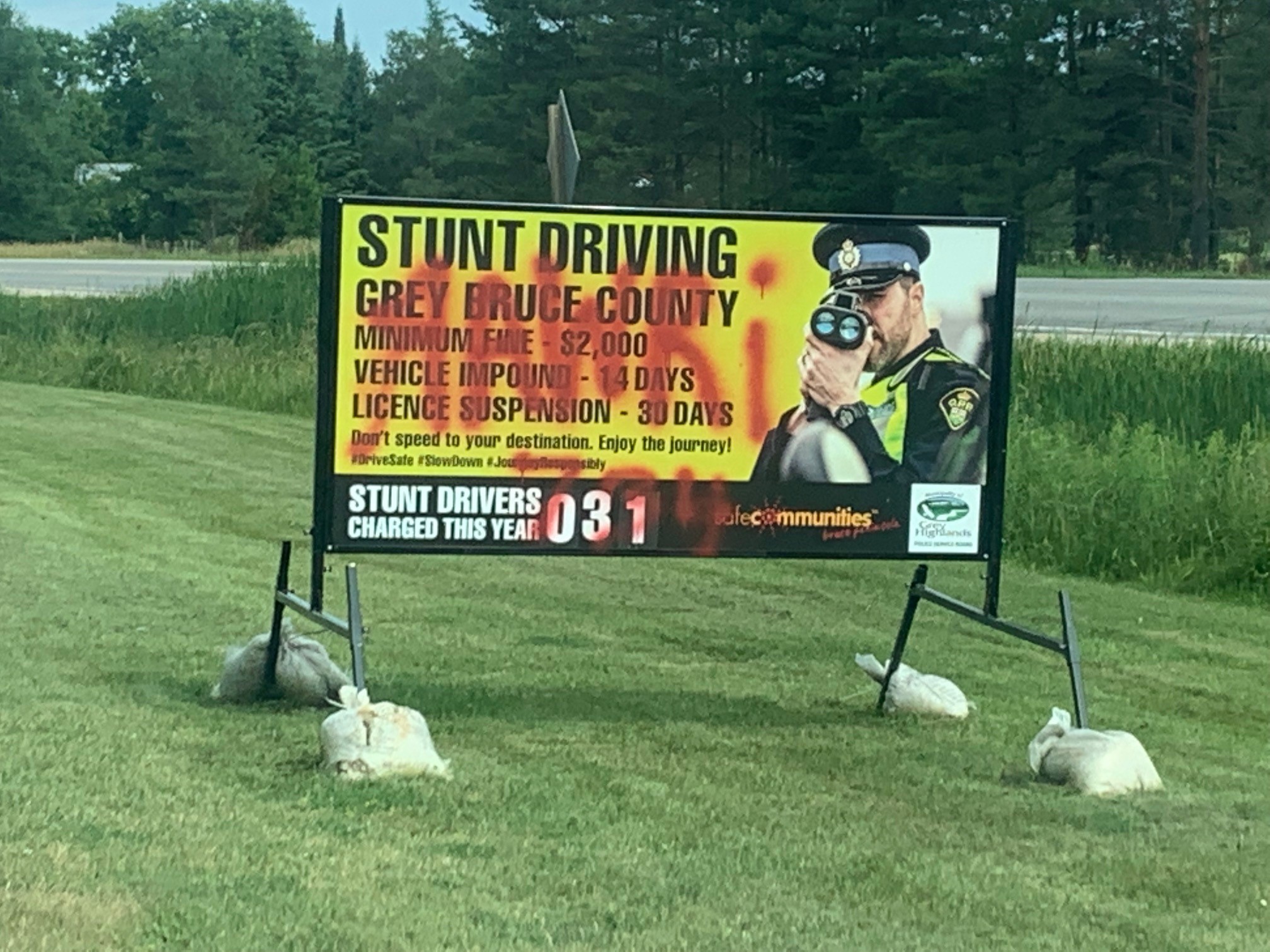