Crime Stoppers of Grey Bruce and the South Bruce OPP are continuing to seek the public’s help in solving a mischief along Queen Street in Kincardine that was first reported on November 9, 2021.

Police responded to the mischief call, near the intersection of Gordon Street, to find that more than 110 metres of freshly poured concrete sidewalk was being removed and replaced after someone had walked along it before it set.

The cost of this sidewalk replacement is estimated to be $13,000, and a photo of the damage is pictured: 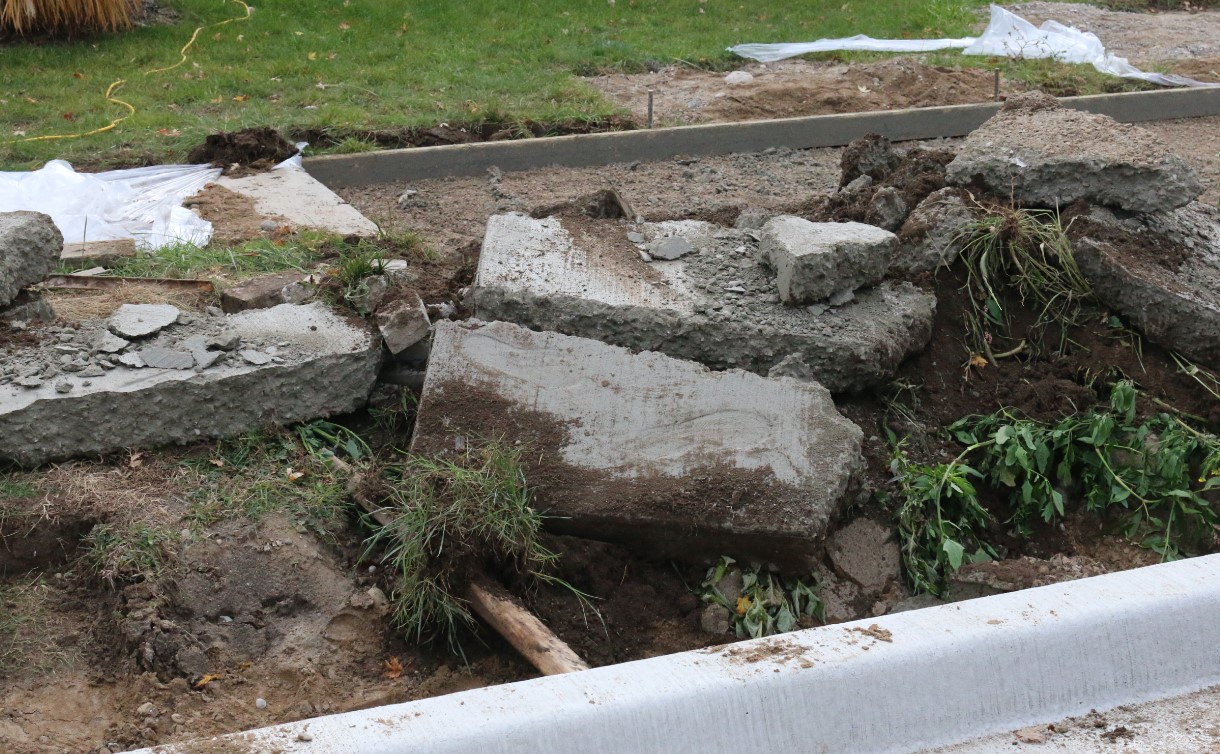