Crime Stoppers of Grey Bruce and the West Grey Police Service are seeking the public's help in identifying those responsible for a theft.

On March 25, 2021 at 12:55 p.m. a snowmobile trailer was stolen from a property along Mulock Road in the former Bentinck Township of West Grey.  The suspects were driving a light coloured Ford F150 pickup with a distinctive black hood.

The trailer was later recovered by the OPP, however police are attempting to identify the suspects and vehicle.

One of the suspects and the vehicle are as pictured: 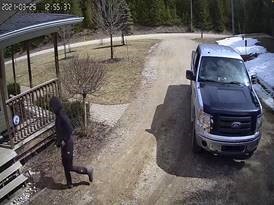 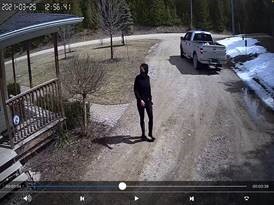