Crime Stoppers of Grey Bruce, the Grey Bruce OPP, and the London Police Service are seeking the public's help with their investigation into a missing youth.

14 year old Ian Matheson was last seen leaving his Flesherton residence on foot on March 20, 2020 at 4:00 p.m., and he was later reported missing.

On April 3, 2020 Ian was observed in London, Ontario however when police arrived he was gone.  Ian’s 17 year old girlfriend, Hannah Cunningham, has been reported to the London Police Service as missing as well. 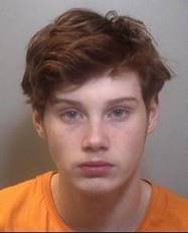